Is it normal for a company to ask for a photo ID when finishing my new-hire paperwork?

I've been hired by a company recently and now they're finishing my paperwork. Today, I was asked to provide a photo ID. I'm going to use a picture of my license. I want to make sure this is normal procedure. I believe driver's license is public record so more than likely I won't be risking anything. I just like to be sure.

I'm from the United States.

In the United States, employers are required to complete an I-9 form that verifies you have the legal authority to work. That form requires the employer to check your ID, and includes a list of acceptable IDs. (USCIS page on I-9)

All documents must be UNEXPIRED.

Documents that Establish Both Identity and Employment Authorization

For persons under age 18 who are unable to present a document listed above: 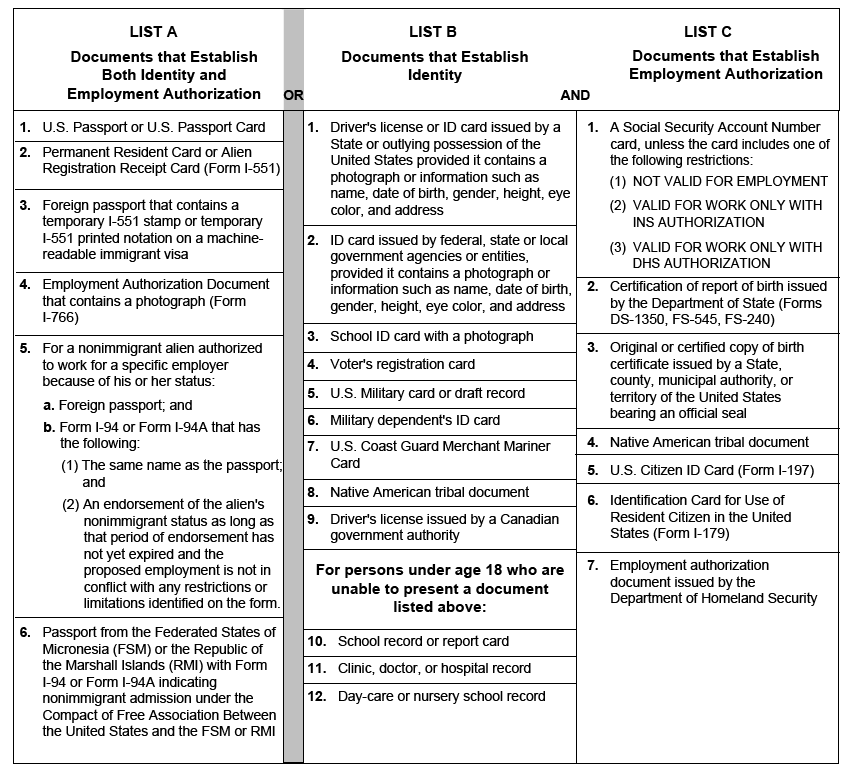 100% standard. They're just verifying that the person in front of them is the person they are claiming to be.

Yes, this is very much normal in most of the organizations around the world. For example: Passport / voter ID card is the most common ones used in my country.

Not the answer you're looking for? Browse other questions tagged new-job united-states new-hires security .

4
Verifying education/degrees AFTER employment
6
Why would I sign a separation agreement?
4
New employer asks for information I find unnecessary
2
Ask for a supervisor position as a new hire
61
Is it normal that my co-workers at a fitness company criticize my food choices?
21
Told to record my own hours
2
Prospective employer is asking which govt client I've worked for in my current employer, what do I do?