Can I refuse to have my photo on my email signature?

Recently, the company I'm currently working for has started to do a re-design on the brand. One of the things to change is the signature in emails.
It looks really cool with a photo!

But, I don't want to use my photo. I don't want my photo to be "spread around" and have my face associated with my name.
I also have self-esteem issues, and takes me over a month just to send the photo to someone. Heck, I haven't updated my Facebook photo in years! I know this is a personal issue that I should keep out of the company, and take care of it myself.

Is there a way to tell him I don't want my face on my email signature? Can he force me to have it? Can I refuse?

Is there a way to tell him I don't want my face on my email signature?

Can he force me to have it?

Usually, no. However there may be certain company policies which needs an unified format for e-mail signature, though that is nothing which usually forces an employee for his/her photo. If you are not comfortable (for whatever reasons) supplying the photo, asking the proper authority (your superior, HR) wont hurt.

As an alternative, you can choose to have a template photo in place (which helps to identify you are a "he" or "she"). I had the same idea proposed and accepted in a special interest group inside the organization I work for (internal group, noting external).

Note: This is done with honest intent, not to discriminate, purely for ease of addressing as a third person. The scenario can be avoided altogether, but usually it's not much of a problem. Also, disclaimer, IANAL. 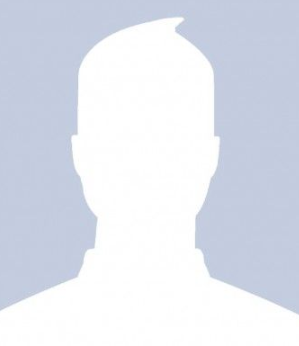 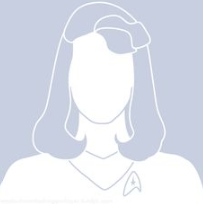 IANAL but I'm pretty sure an employer can't force you to have your photo on your signature. Employers are not allowed to take your photo without your permission and if you have no up to date photos then looks like you can get away with it.

Just explain to him, "I don't want to have my photo shown in my email signature for personal reasons."

In general your employer can set guidelines and requirements for email signatures. They can be done to ease communication. When a person who has an email you sent but needs to call you, a well defined signature block gives them everything they need.

I am surprised that the company wants photos. I have worked with some organizations that automatically added your badge photo to the email address book. But that presence in the address book didn't result in the photo being sent to external customers.

The presence of a photo in an email signature block just adds unnecessary size to each message. They may also find that if they are sending emails to many corporate users the receiving email system may automatically convert the messages to non-html thus losing the impact of the photo. It can also be frustrating if every email from a person with a complex signature block results in a paperclip icon that implies an attachment. That makes it hard to find the emails that really do have attachments.

Now it is true that for some business it is typical to see a photo on a business card. If your company is in a business like that then it makes some sense to consider adding a photo to a signature block, but I would suggest that the full version with the picture not be the default version, thus keeping down the size of the average email chain.

But if they insist on going forward with this. Ask a co-worker to snap a picture against a plain wall, and then send it in.

If you don't supply one, I doubt you would get fired but why push it over this issue. Note that I don't have any photo associated with my stack exchange account. why? becasue it isn't required. But I do have a badge photo at work, becasue it is required.

I've been places where profile photos have been highly encouraged but never required.

From a historical perspective, I would be very, very surprised of they required using a photo. Even then, I would fully expect them to be open to alternatives such as a fabulously gorgeous avatar like the one I use here on SE. :)

I was one place where your security photo was automatically uploaded to Office 365. People hated this because security photos are always terrible. But, you were allowed to change your Office 365 photo yourself.

In all the years I've worked, at several different IT companies, I've received numerous requests from various HR/Corporate communications to "please now use the following signature" or "please add this ... to your signature". I've ignored every one of them. No one has ever followed up with a message saying "Nick, you must use the signature" or something like that, nor even followed up informally over coffee.

To this day, I still sign off with "Regards, Nick"; though I will add a little more (like my surname, job title, and company name) if I'm making a new contact with someone outside the company.

Also, like mhoran_psprep suggested, the signature can get mishandled by some mail systems. One customer I dealt with recently had a complex signature that got broken down into several separate image attachments - the company logo, the regulatory body logo, the Facebook logo, the Twitter logo, and so on. After it had been round several different persons, a mail would arrive in my inbox with about 20 attachments, many of them multiple copies of the same logo! Pretty annoying when they also attached something important and relevant to the purpose of the mail.

I think you should just try ignoring the request. If really forced into a corner on this, offer an anonymous, generic image like suggested in other replies, or take ages picking the 'right' photo and hope they forget all about it.

Not the answer you're looking for? Browse other questions tagged professionalism email portugal .

88
Lost my temper with an underperforming employee and he quit
7
Company sending automated e-mails in my name
30
Notice of Resignation in Email Signature
2
How to reply to repeated emails that I am the wrong recipient for?
12
Treated like a child at work via excessive praise?
3
Can I put my business signature on my personal email?
1
Received a recruitment email from LinkedIn contact at my work email address (from CEO of another company) - how to respond?