Should I add my personal dreams in my life to my portfolio as Software Developer?

I hope I am posting this question on the right website.

I am making a portfolio as a professional in software development and I am wondering whether I should mention my life-dreams. For example, one of my dreams is to speak 4 languages.

I ask this because while googling around for a long time, I came across a lot of websites saying that development companies want to know what your dreams are. I suppose they mean your professional dreams. Do you think that it is a good idea to add your personal dreams to your portfolio or is not necessary?

This is an example of what I consider as part of my website: 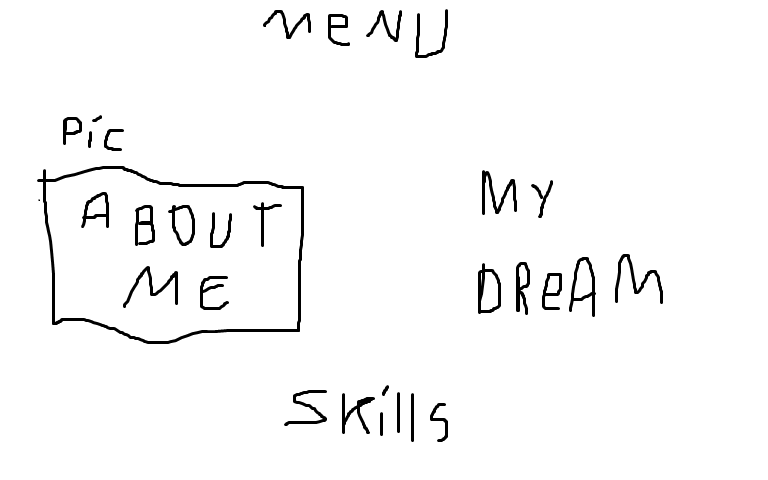 You have misunderstood what somebody meant by dream.

It is okay to put a career objective in your resume.

The best career objective is one that aligns to the needs of the business you are applying for.

There are probably a very small number of jobs where learning to speak four languages is a useful career objective to put on your resume.

If you do put a career objective, it should be very short, and should not consume much space at all.

You shouldn't include "My Dreams" as part of your online portfolio/website as it labels you as a dreamer (someone who would rather look out of the window than doing actual work).

You don't need to list your ambitions or goals at all as this by implication can exclude employers who don't feel that they align with what they want you to do, and employers don't want to be used in order for you to complete your goals.

Your goals remain your own to achieve, you should list those separately (in your own personal space).

By all means talk about your personal goals when asked at interviews, if those goals demonstrate that you wish to add value and are relevant to the company you're interviewing for.

I ask this because while googling around for a long time, I came across a lot of websites saying that development companies want to know what your dreams are. I suppose they mean your professional dreams. Do you think that it is a good idea to add your personal dreams to your portfolio or is not necessary?

It might work at certain tech companies. I think it would be best left as a joke as a short introduction about yourself. For example, "Hello, my name is Bob. I have fifteen years experience in the IT world with emphasis on X, Y, and Z. During personal times, I am taking care of 2 children along with my wife, Sally of 10 years. It is our life long dream to open a coffee shop."

That would be funny and eye catching. Shows your skills and at the same time your personality. Otherwise writing "Dreams" as an objective point on a resume sounds horrible and would be put into the shredder.

Resumes, CVs and portfolios should demonstrate skills and experiences that you already have which would be valuable for potential employers. They are looking for you to be productive now (or soon after hiring).

Your dreams/goals are valuable to an employer after you achieve them. Saying you would like to learn new computer language isn't valuable to the hiring manager because there is no guarantee that you will actually do it or when.

You need to sell yourself on attributes that the hiring company will get as soon as you are hired, not at some distant unknown future time.

Best not to. CVs/portfolios are formal documents if anything, and folks expect them to be a bit sober and formulaic.

At the least, you're hurting your chances to find jobs cause people will skip based off of bad signals. If they can't easily parse you from the CV, or if it raises some red flags (beware! a non-conformist!) they'll skip you and move on to a different candidate.

You did not define your job and your degrees. Do you want to stay a code monkey, become a software developer, or even a computer scientist ?

If you wanted to start a PhD in computer science, been able to speak and read four languages (e.g. four European languages, or two of them + Chinese + Indian) is a decisive advantage: you could publish to some national conferences (or collaborate better with fellow researchers in other countries) that other colleagues might not be able to.

If you stay a web developer, being able to communicate in Japanese would be useful to develop web applications for Japan (or Japanese corporations).

Be also aware of internationalization and localization issues in software development. Again, understanding several (commonly spoken) human languages would be helpful. For a small software business, having some limited human language expertise in-house is cheaper and faster than outsourcing it.

If you want to climb the software project management ladder (please read then The mythical man-month), be aware that the Digital Economy is world-wide and globalized, so market opportunities are world-wide (e.g. speaking Russian is a decisive advantage to sell software services or products to Russia).

Of course, some human languages (I am thinking of latin or sanscript or thai or somali) are less useful to you than others (e.g. being able to communicate in English, Japanese, German, French or even Russian is obviously more useful to you: think of developed countries first, they have comparatively large IT budgets: France is spending more in IT per capita than Egypt).

I guess that if, at some time, you want to be hired by Google or MicroSoft, speaking several human languages would be an advantage w.r.t. other candidates not speaking them and sharing your skills and job market value. Both Google and Microsoft have large software projects with people working worldwide on the same project.

Of course, the world Dreams seems to me (I am French, not a native English speaker) unprofessional in any resume. Definitely, "professional ambitions" is more politically-correct, and the "career objectives" sounds even better.

As I commented, learning several programming languages and paradigms will develop in your brain cognitive skills reusable to learn (better) human languages.

In my own brain, having learned a bit of latin (when I was 12 years old) definitely helped me in understanding abstract CS concepts like abstractions or object-oriented programming, and also in learning new programming languages (I believe they are some weird programming languages where self or this - the canonical receiver of message sending - is spelt ipse).

You probably won't be able to easily learn other human languages at work, but once you have learnt a small bit on your own (on personal time), your job market value is increasing slightly. You could choose instead to participate (on personal time) to existing open source projects, since that also slightly increases your market value.

Notice that large open source communities are worldwide: the Linux kernel has developers in many many countries.

Not the answer you're looking for? Browse other questions tagged resume portfolio .

26
Can working with niche apps/tech exclusively hurt your career in actual software development? How to get out of the cycle?
13
Should I include unfinished/cancelled projects to my portfolio?
3
Should I remove personal information in material brought in a portfolio?
109
Why describe the level of proficiency in a skill by using percentages?
3
How can I make a star-based rating system for my technical skills on my CV be more usable / informative?
1
Can I add an offer letter (from a previous employer) to my portfolio?