Are the roles of boss, manager and owner clearly defined?

On the first look, the terms boss and manager are defined clearly. It is written in the English dictionary what the term manager means and the only problem is how to fulfill the role in reality. According to the common definition, a boss is equal to the owner of a business. He has either founded the company by himself, or gets a salary for a manager position, in which he pretends, that it's his business. This strict definition is based on the legal term of ownership, which means, that in capitalist terms any store belongs to somebody who is in charge of running this business.

With this strict definition in the background it can be defined what the obligation of the boss are, and which part of the work can be delegated to other employees which are helping the manager to fulfill the daily business. For example, if the owner of a business has not a single store but he owns 20 of them, it is physical not possible that this person is in all the stores at the same time. He can only be in one of the stores, and in the other stores, he needs somebody as a replacement. This informal manager doesn't owns the store but he is running the daily business in accordance with the real owner.

Is it possible to define the social roles of boss, owner and manager precisely? Why is the manager sometimes different from the owner of a company?

Is it possible to define the social roles of boss, owner and manager precisely? Why is the manager sometimes different from the owner of a company? 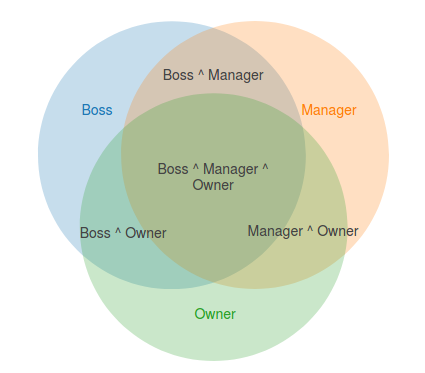 Out there you can find any of those combinations.

In some cases, the roles may be completely separate. This is usually more common on big(ger) companies, where roles tend to be more separated.

In other cases the roles may be mixed. This is usually more common in smaller companies or startups, where there are fewer people so each individual has to wear more than one hat.

However, there is no one-size-fits-all for this, as it will depend on each specific company, the industry they are in, the company size, etc..

45
What to do with the new boss — middle manager added to hierarchy?
6
Am I right to consider workload when new good ideas are suggested by my team?
10
How to deal with team member openly discrediting me across the company?
121
How can I approach my boss after I feel blackmailed with him threatening my wife's employment?
8
How can I keep my boss's trust after a “bad spell”?
118
Should I decline a gift from my boss (the new owner of the company)?
79
I am a resource being fought over by several business units. Boss can’t provide clarification on what I need to be doing
1
New manager between my boss and me