How should I handle mispronouncing words in a coworker's native language and feeling like I'm embarrassing myself?

Similar questions have been asked here before, so I'll try to provide enough detail to explain my specific situation.

I am a junior software developer in the United States working on an app project, on a team of a dozen people. We split the team into subgroups of three or four people to tackle specific parts of the app, and I am currently on the backend team working with two other people, "Aaron" and "Bob."

Aaron works in-house with me, but Bob works from overseas in Africa. Bob's first language is Swahili. (Aaron and I are first-language English speakers.) Because he is more comfortable speaking and writing in Swahili, he often names his programs, files and parts of his code after Swahili words, and includes Swahili comments in his code. We also named the app framework after a Swahili word that we found very beautiful and whose meaning he explained to us.

When Bob puts Swahili words in his code and comments, and we're discussing his contributions to the code, I sometimes have had situations where I've pronounced the word verbally. For example, we were discussing one of his functions where he left a joking comment in Swahili, and I read the comment aloud to ask him what it meant.

Almost always I pronounce it wrong, and I feel really terrible when he tells me that I said it horribly wrong. Sometimes he'll try to teach me how to pronounce it correctly, but I can't hear the phoneme differences or can't move my tongue the right way and he gives up on teaching me. When this happens I feel absolutely horrible. He never makes a big deal about it and we joke a lot about me being too white to understand, or having terrible pronunciation. But I still feel really awful whenever it happens.

My question is: how should I handle these situations in the future and/or avoid embarrassing myself by feeling like I'm disrespecting his language? I always try to apologize when it happens, and I'm studying verbal pronunciation of Swahili phonemes and words so I can do a better job next time, and hopefully be less embarrassing when I try to speak it. But I was wondering if you had any more advice about how to handle awkward language barriers in a graceful way.

how should I handle these situations in the future and/or avoid embarrassing myself by feeling like I'm disrespecting his language?

I'm sure a fair number of people wouldn't even try, or insist that Bob write and say everything in English. The fact that you and Aaron are open to the differences speaks well about your attitudes and willingness to work as a true team.

So I wouldn't stress too much about it, and try to have fun with how bad you speak Swahili. I'm sure it can't be easy! You may never master the language, but the more you learn and experience, the easier and less awkward or embarrassing it will become.

One challenge that you will have to overcome is how to make sure that the code is maintainable and understandable by future developers, or developers not on your immediate team. A way to do that could be to provide an English version of the Swahili comment, which could also help you learn the language.

And if you didn't understand a bit of this, that's exactly why it's a very, very, very bad idea to let him write code in Swahili.

Example: there are English sounds almost impossible for Russian people (think of word "her"), and there are Russian sounds almost impossible for English people (example: "сын", meaning "son". That middle "ugly" letter in the middle, looking like "bi", represents one sound - for which there is no graphical representation in English). It is neither good, nor bad. It is just the way it is.

Of course, choosing the name of an application is a different matter - any language can be used, and any word constructed out of thin air.

It is also a different matter if employees choose to learn other languages, including Swahili and Aramaic - that should be perfectly fine too.

Pronouncing stuff wrongly incorrectly is very very common when learning a foreign language. You are not even trying to learn your co-worker's language, so it is not surprising that you should not get everything right.

You are already going out of your way by trying to learn pronunciation rules, which is nice. You should not feel horrible. Your co-worker probably either likes your wrong pronunciation because it is good for laughs/makes a good topic for small talk/he finds it adorable or whatever, or else he doesn't care. If he would care, he would probably stop using Swahili at some point

The graceful way is just to accept that your pronunciation is going to be wrong 50% of the time or so, and laugh about it. This is normal and by learning some of the simple rules you are probably already avoiding some of the worse mistakes (e.g. mispronouncing the x if your colleague was Chinese)

Simple, if in doubt, spell the word out instead of attempting to say it.

Technically, I would be fairly concerned about using Swahili in a codebase that will almost certainly be maintained in the future by English speakers, however in general I commend your attitude and behavior here.

One reason, perhaps, that Bob gives up trying to correct your pronunciation is that you're in the middle of, eg, a review not a language tutorial and it's important to make progress on that. Perhaps a separate conversation where you just ask Bob's help on pronunciation and meaning of a word or two?

Also, it's possible that Bob really doesn't have much interest in teaching you basic Swahili, so you might want to try to figure that out. Something like "Hey, Bob, I just sort of realized that I've been asking you quite a few questions about Swahili. I've really enjoyed learning about the language from you, but I just wanted to check that you're actually ok with me doing that?" or something else along those lines.

Remember, too, that the company isn't paying Bob to teach you Swahili and as a remote team member, he may be thinking of that as well. You might check out online resources to learn on your own. There's probably at least a basic pronunciation guide online and maybe some Swahili-English dictionaries. I'm sure Bob would appreciate your willingness to dig in on your own, and you might feel less awkward as well.

Have your phone handy with Google Translate. You can translate in both directions and listen.

If he doesn't understand your pronunciation even after copying the sound, just tell him the English word. 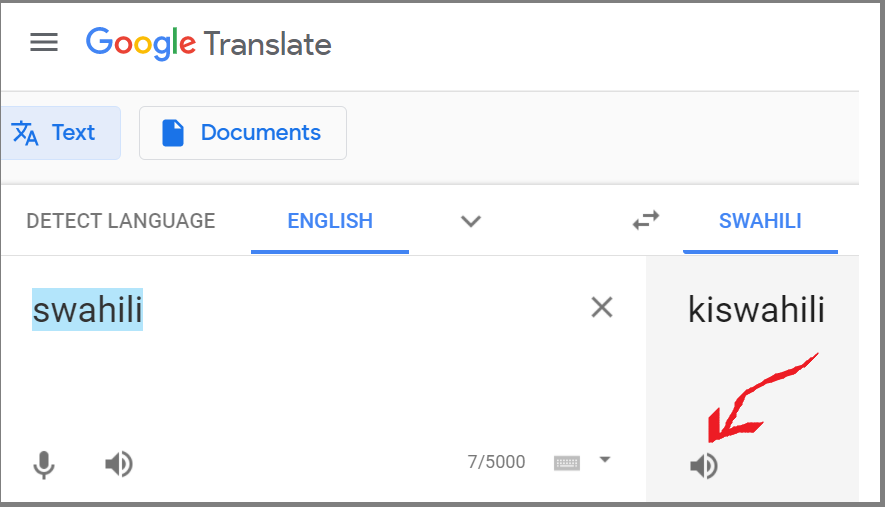 A personal opinion. I don't think jokes about being "too white" are any more appropriate than being "too black". Let's leave race out of business matters altogether. It may (or may not) be acceptable between close friends of different skin colours.

I think the best approach would be not to worry about it. At least you're attempting to pronounce them, which is more than most would bother to do. And if you say it wrong, or if you simply don't know how to say it, that's the perfect opportunity to ask him to correct you:

"Hey, am I saying this right?" is a perfectly ok phrase to use.

3
Finish discussion with manager who then just sits there staring
45
I don't want to congratulate a colleague for a poorly done final year project
5
How to deal with coworker giving unhelpful criticism during code review?
6
As a contractor, non-technical employer questions my technical decisions
5
Colleague nags and acts like my manager, should I be worried?
122
How do I improve communication with a person whose grammar is so bad that I sometimes can't understand their emails?
1
How do I politely make sure superiors actually understand the written communication I give?