How can I tell if my Social Security card has an employment restriction?

There is a page on the Social Security Website that describes the types of cards ,but doesn't provide pictures.

[Edit - not by original author]

I located an image of the different types of cards. 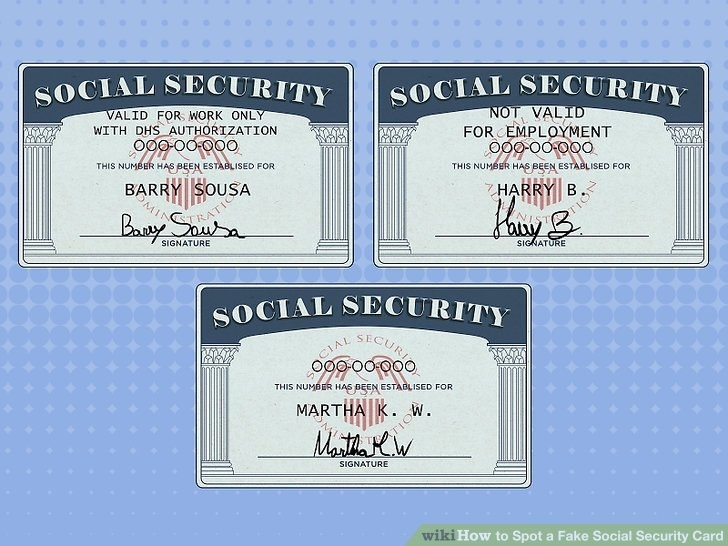 The card you have is fine. If you have a passport or a birth certificate, you can bring that too, and you'll be good.

The people at your company asking for this know what to look for; they probably want to make sure they have the right stuff on file for your I-9 form.

Not the answer you're looking for? Browse other questions tagged hiring-process united-states .

38
How can I tell which job requirements matter in software offerings?
5
How can I get my supervisor to consider hiring someone he has declared as unqualified?
6
How to Tell Employer I'm Interviewing But Don't Plan to Leave
177
How, in practice, can I hire more diversely?
8
Employer is getting involved with my open source projects
14
What is normal when you get fired from a larger company?
1
Employer wants bank account number over email
14
Recruiter asking for personal sensitive information to setup interview