I work in CoWorking Space and my neighbors keep staring at my screen what can I do? [closed]

Want to improve this question? Add details and clarify the problem by editing this post.

I work in a Co-working space and people keep staring at my screen asking all sorts of questions. One even changed his business and started copying me. I was really really angry.

I changed over to a new desk but another started staring at my screen and later that week was also copying my business. I have complained to management but they said they cannot do anything.

Use a privacy screen. I also CoWork (I am a contract programmer and can work offsite or from home but prefer to work in the CoWorking space environment). I often work from the oddest places (Cafe's, by the beach in Thailand, you name it I have probably done it) and while the whole CoWorking experience is great it does have its downsides like you mentioned (people staring at your screen and copying or chatting). So looked around for solutions until I was at the Doctor's once and noticed the nurse using one of these x-ray type sheets on the screen, as soon as she slid it on Poof! the viewing angle was narrowed so only she could see what was on the screen. She told me it was a privacy screen.

Your current place might offer cubicles or private offices. It might be worth a few extra bucks to move to that. Or they may permit you to bring in portable privacy screens.

If not, find a new co-working space with more private arrangements.

If privacy is important to you, expect to pay more for the space. Many simply aren't set up for individuals to be private. Some even tout the "collaborative nature" of their workspaces.

Working in a shared space can only be done if the work doesn't require privacy. If customer information, or other business information must be protected this is difficult to do if others can hear your conversations or see your screen.

There are products available that will limit the angles that your screen can be observed, but they only work if you always have access to the same work space and the same screen.

You need to talk to your management to see what options exist. You need to understand their expectations of privacy.

Since the "business" side of things is covered (Manager says "I can't help you")... you could create privacy... Various solutions are possible... from crazy to normal.

Option #1, If you want to be extreme, you could use a privacy hoodie: 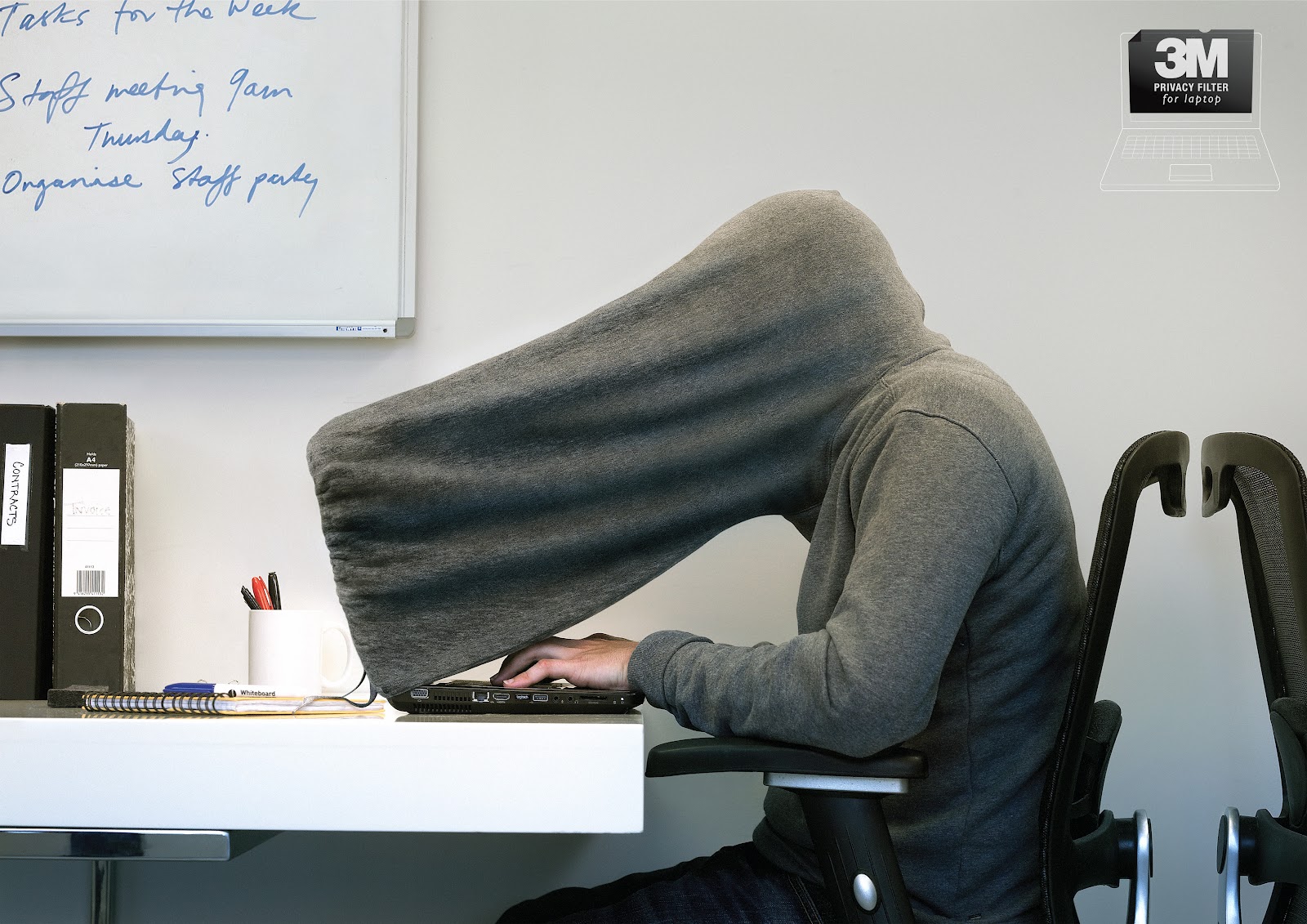 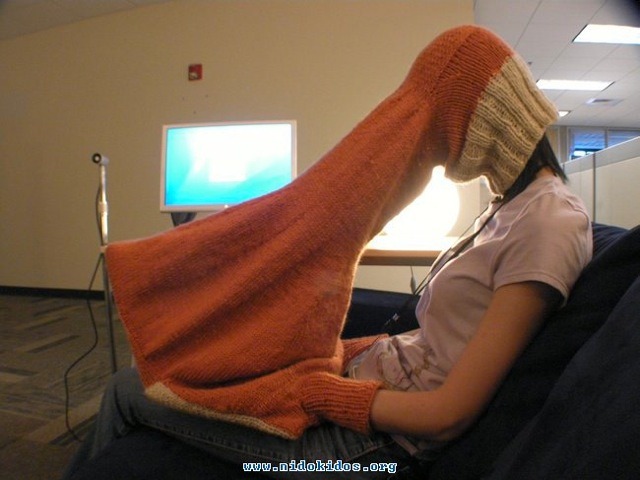 Option #2, 3d: Occulus Rift or other headsets of the sort...

Option #3, 2d: Glare/Privacy Filters - Amazon has a wide selection of filters you can add to your screens to decrease the viewing angle... if you want to be boring (and not look like a Dementor from Harry Potter) I guess you could use this option...

Option #3b: Monitor Hoods - Very similar to the Glare Filters... and hoodie... without the need to look like a Dementor.

I use a public library with reasonable frequency and have dealt with a similar issue in the past. I've found the most effective technique to be one that actually relies upon the fact that others are reading my screen.

I realise that I'm taking a gamble when I employ it, but in some half a dozen cases that I've pushed back, am yet to receive any negative repercussions nor has there been any continuation of the offensive behaviour.

I have a series of word documents that I choose between to open right before I head out for a cigarette, with my computer set to lock itself after 1 minute. I rely on the fact the place is covered with cameras and filled with people to prevent vandalism or interference with my laptop.

I simply address the behaviour and the words "and stop reading my f*****g screen" at the bottom of each page. Whenever I return, I find that either the offenders have relocated or refuse to look at me or my machine any more. Sometimes they seem positively fearful of what I may do to them - that someone apparently unhinged enough to make an open threat as I do will actually carry it out. (I'm almost certainly a bigger pussy-cat than any of them - but the impressions one gives helps win poker..)

Something like the tactic employed by people that commit crimes against drug-dealers. I mean what are they going to do? Go and complain to library staff that some fella left his pc for 5 minutes with a threatening message on the screen addressed to them. :laughs:

To complain requires self incrimination...

Another tactic is one I've used for selfish people on forums or cheaters in tests - I give an answer that's purposefully wrong, but only ever so slightly and as subtly as possible. I hope that my 'work' is copied and causes pain to those that would seek to take unfair advantage of it.

Sure, they're both a little work - but each are effective at dealing with the problem and my frustration response towards it.

Not the answer you're looking for? Browse other questions tagged communication work-environment travel coworking .

16
How to dress professionally in a chilly workplace?
38
First big business travel with my company's VPs
50
My company committed to having me 4 months overseas without asking. How do I approach this?
2
Dealing with nosy co-workers
1
How to deal when new team members get new laptops, but I keep working with an old one
3
Is a third and fourth party being sat in on a confidential call with HR and Director - a breach of trust and confidentiality?