Today a very high-ranking person in our company asked me to review a manual he has written. It is mostly screenshots and pictures, with only two sentences on each page. However, each sentence contains at least one significant spelling or grammatical error. There are even some (sort of) technical issues there.

I think you've answered your own question:

Today a very high-ranking person in our company asked me to review a manual he has written.

So you review it and correct the errors silently.

I would respond with something like 'I've reviewed the document and updated blah blah blah (the technical stuff). While reviewing I also noticed a few grammatical errors so I've gone ahead and fixed those as well.'

The key word here is 'a few'. You're downplaying his mistake and hopefully, when he opens it and sees a lot of his errors have been fixed, he will be grateful for it.

I do this often with stuff like 'I think this sentence sounds better' (even though I KNOW the sentence is better, it gives them a chance to save face) and have never had someone get mad.

You've been asked to review it, so yes, you should absolutely point out all the errors, whether they're spelling, grammatical or technical! Not fixing it is definitely not on the table, as if it goes out to clients with those errors, you'll be asked why you didn't notice any of them.

I do realise that life isn't often ideal, and there is a worry that some managers may take offence at having loads of corrections thrown at their work. If you feel this is the case, then I'd just shoot an email along the lines of:

I've been reviewing the manual you sent and noticed a few spelling errors, would you like me to correct those as well as making comments on any technical issues?

You can then progress knowing that you've been told to look out for these issues as well.

Then review everything. Mark up spelling and grammar errors as well as technical problems and omissions.

Do the job you are being asked to do. No need to be shy about it - just comment on the document not the author.

If you do this respectfully, most likely you'll just get a big "Thank You". Not everyone is good at writing, but nobody wants to look foolish to the clients. I've been there and done this many times.

By the way, call them typos, rather than errors. :-)

Update: I'll expand, as requested. It is as wizzwizz4 commented: the word 'error' has the connotation (because of some of its meanings, or its usage, I guess) of incapacity, ignorance, deficiency, etc.; while 'typo' does not: its connotation is of 'a mere distraction'. So calling spelling errors typos instead of errors risks offending the other person less.

Turn potential problem into productive solution. Provide your boss (I will call that person 'boss' for simplicity) with reviewed document and make no further comments except of note that all revisions are visible in second attached document.

In other words, you can simply perform the review and send the document in two versions:

Your boss can instantly use and send version A, and if he/she is interested, can have a look into version B what exactly you have done. Actual revisions will speak instead of you. Fixes of simple typos can be instantly distinguished from changes of greater range. Please see the below example created in Microsoft Word. (Also other office app suites may have similar change-tracking functionality.) Yellow highlight shows related settings you need to use. 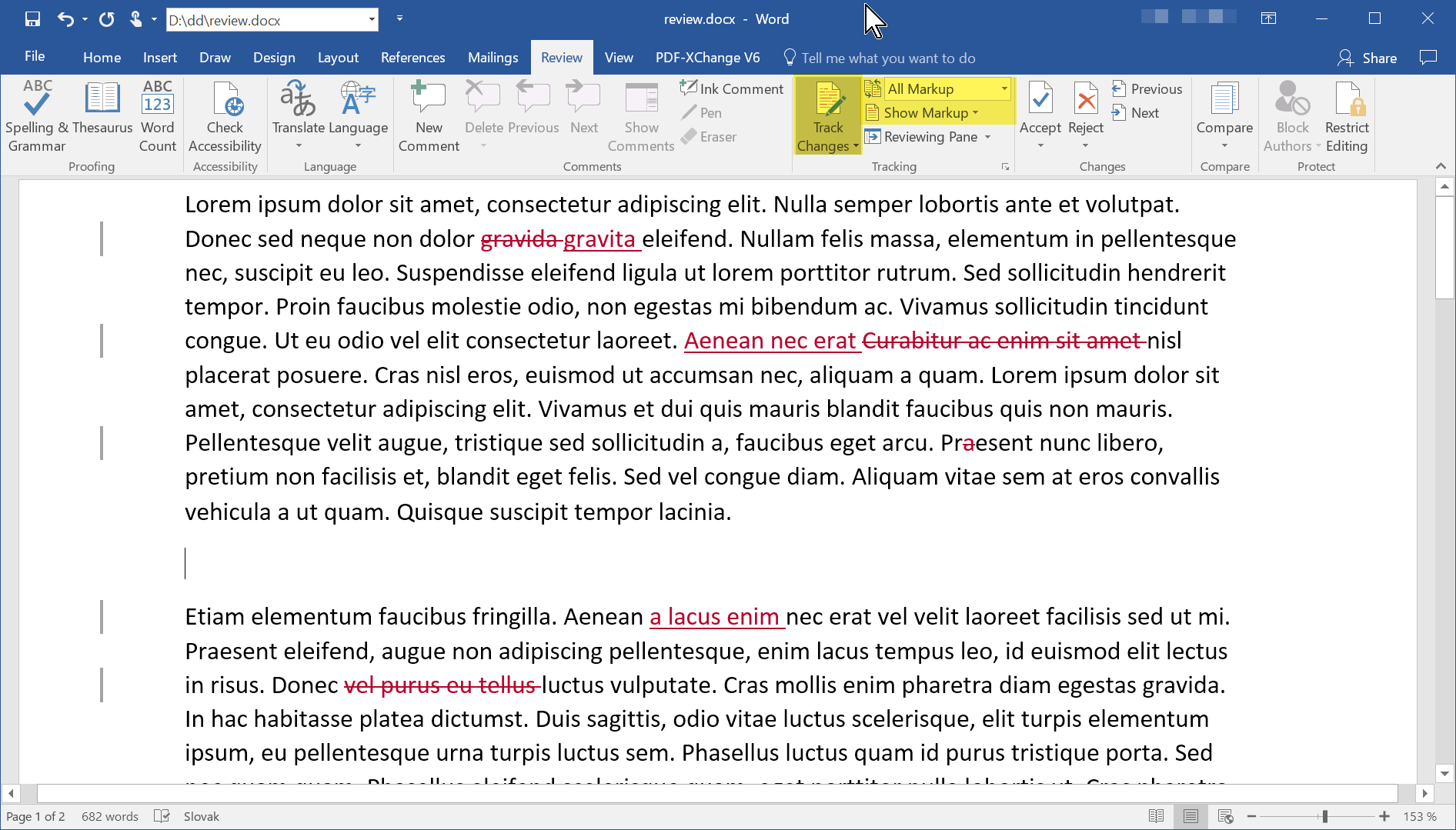 Note:
As you already see, the only version needed is B, but we typically do not expect our management to know/do any advanced document operations so we reconcile revisions for them, therefore we also send them the ready-to-go version A. Also put clear distinction between file names of A and B to prevent your boss from accidentally sending out wrong version (e.g. A:Proposal CX2017-2.docx vs. B: Visible Revisions of Proposal CX2017-2.docx).

There are numerous advantages of this approach:

I largely agree with the existing answers: fix all the errors and bring it back. I have a few differences of opinion and caveats to add, however.

Adding to the other already excellent answers - do review it.

However, in this day and age, there are no excuses for certain errors, when there is software to automatically correct that; whilst often grammatical errors are certainly bound to happen, spelling errors can be auto-corrected quite easily.

For instance Mac computers bring by default gramatical and spelling checkers that can be activated system wide, and work in all programs that you are running, and Windows computers, lacking grammar/spelling checkers outside word, have many commercial offerings about equivalent software.

Given the situation, besides correcting the document, I would advise making a recommendation/selecting an appropriate software product and asking/arranging discreetly to install it on the computer of that very high ranking person.

Working with several languages is also not an excuse to not install such software; I write all day long in at least two different tongues, and more rarely in two other more, and for half a decade now my dictionaries/spelling/grammar checkers auto-detect the tongue after two or three words, and react accordingly.

Not the answer you're looking for? Browse other questions tagged employer-relations .

32
How should I behave professionally when my boss is lying about me?
17
How do I know when to contest a bad idea and when to let it go
9
My boss frequently calls me aside for long private conversations about office politics. I'm unsure how to react
4
How to determine the best way to give notice when manager is absent
6
What to do when there is employee discontent and management is too sparse?
3
How does one deal with coding boss writing production code ignoring standards and process?
5
How to respond to my supervisor when they say my work is poor quality, without providing any evidence of that?