Solo Web Developer for the last (almost) three years. When it's the time to move on? [closed]

Follow up to: How do I handle a solo developer position as a junior developer in a start-up?

(If you are wondering what decision I have took regarding the above questions, I remained in the company)

I am in a difficult situation where I need to take decision in the following six to twelve months about my career advancement.

January 2018 I am going to complete my three years apprenticeship as a Backend Web Development in a startup. I am currently the only real developer working for the company (99.9% they are going to renew my position with a full-time indeterminate contract).

I currently maintain a total of approximately 30 repositories, each representing either an entire project, or small libraries shared across the repositories.

The company is going really well as of recently, however I feel like I could be improving a lot more if I had a senior as a tutor.

I feel like a rally driver without a co-pilot.

I am confident a senior would help me get better with design patterns, making sure I design softwares properly, in order to prevent issues down the road, long-term.

I have a few options, which are the following:

If I stay in my company, and all goes well, career advancement in this company is almost ensured, however I am not even sure if I'd accept to climb up the ladder knowning I wouldn't be actually worth for it.

What are your suggestions?

however I am not even sure if I'd accept to climb up the ladder knowning I wouldn't be actually worth for it.

You're worth whatever people are prepared to pay you. You ARE the senior in this position because it's just you and you know the work intimately. If everything is running smoothly enough after almost three years you have done very well. You can teach yourself anything required, as you obviously have been so far.

There are plenty of people with a decades experience who can't boast of your accomplishments, if one of those came in you'd be training them forever.

Being mentored by a senior in your team can be a great way to build your skills up, but it's far from the only way and it's also not that common to find - in my own career I've had very, very little experience of that, in fact the time I've spent being the mentor probably outweighs the time I've spent being mentored by a factor of 10! There is much you can do to fill that gap yourself - self-learning, joining in on open-source projects, courses etc. I wouldn't throw away a secure job where you are happy, with a good advancement path to go hunting for something that is pretty nebulous and you have no guarantees of finding somewhere else.

I feel like I could be improving a lot more if I had a senior as a tutor.

Set that idea aside because, very unfortunatyely, it's wrong. There are 1,000 questions on here saying "I thought I had a mentor/teacher/senior but they do nothing / don't teach me / know nothing." In software, any idea that anyone can help you, is unfortunately a dream. It won't happen.

I am confident a senior would help me get better

unfortunately. You're about to waste a huge amount of time and emotional energy if you go down that false track. Nothing awaits but disappointment. You'll be back here in 12 months posting: "I thought I had a mentor/teacher/senior but they do nothing / don't teach me / know nothing." However the question will be closed as a 1000x duplicate!

Continue in the current company...

If you do that you need to quickly make more money, so as to quickly push ahead to new career positions where you will be challenged. To me it seems like everything in your career is going great, except you have the common (totally normal) problem that you have massively grown, but unfortunately your payment has not grown. In a few cases you can fix that problem by just demanding more pay. Usually you have to change jobs to get more pay.

hope to see a senior within the following 12 months.

regarding that, unfortunately it just won't happen on two levels:

2 - If they miraculously did, the "senior" will be useless. You'll be back here posting "I thought I had a mentor/teacher/senior but they do nothing / don't teach me / know nothing."

Regarding building skills, that will happen in two ways:

2 - read all the classic books. Which classic programming books have you studied? If the answer is "none yet" I've given you all the "mentoring" you need for the next 36 months.

One point, regarding your next opportunity. You pose the question, which part of the world? Simply, don't look at it that way. Just look at "the whole world" and pick the opportunity for you. These days the best, most amazing challenge can be anywhere. Sure, way down the line it will be good if you can say "I worked in XYZ major cities for ABC years." It's a non-issue for now.

You've "aced" your first job, now go get your second. But first go get those books.

It's more of a "hey I wanna get better" but at the same time I feel like I reached a point where details matter, and those details are learned through seniors, and their experience, instead of web guides or self-learning.

those details are learned through seniors

that's wrong. I wish it were true, but it won't happen.

again unfortunately that is wrong, and won't happen.

Never, ever, ever look at web guides. Ouch.

Again this QA is suffering from lack of specifics.

Do you have a copy and have you totally absorbed:

The C Programming Language by Kernighan and Ritchie

Link to buy for a few euros. 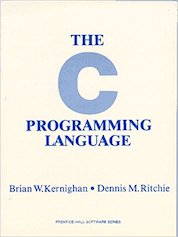 For free and instantly, one can find a priceless list thanks to SO .......

If you totally absorb merely the top four, you will be so far ahead of the game you won't know yourself.

Not the answer you're looking for? Browse other questions tagged career-development or ask your own question.

10
How do I handle a solo developer position as a junior developer in a start-up?

12
What should I take into consideration when making the decision that it is time to move on and find a new gig?
7
How can I specify my experience after transitioning from full time to part time for the same firm?
4
If I am consistently underperforming, how do I know it's time to resign or ask for another assignment/project?
2
How to excel at work when I am intermittently ill and it's not convenient for the business?