Can I Include Video Production work done at a former job in my Portfolio?

I left a video production company 1 year ago.

I mainly did all of the pre-production, production and post production work during my time there.

The company I was working for previously has closed down, and I've started my own small production business.

Can I include the Video Production work I completed at my former company in my current business portfolio?

What this comes down to is a simple matter of ownership. Let's take my field of expertise, programming as an example.

I write code for a living, in my contract with my employer is VERY CLEARLY states that I do not own any of the code that I produce while on the clock for them, or using their resources. If I were to try and take some of this code and plop it into a portfolio, they would have grounds for legal action because I do not own the code that I claim to. By putting it your portfolio, you are saying that you either:

In this case, we can't really advise you one way or the other. You need to go back to the employer and ask them if you have the rights to the content and if you don't, ask them for permission. If you do get permission, get it in writing and both of you sign it.

For now the short answer is no you cannot, but that is out of caution.

nakamuraza, in answer to what I believe you are asking -

It's obvious that those in the video/film industries of course include all work they have done, on their showreels.

If you are unfamiliar with this you can instantly:

BTW for any young people reading, this is a (physical, not metaphorical) portfolio as everyone on Madison Ave. would carry around up until, say, 2000 or so.. 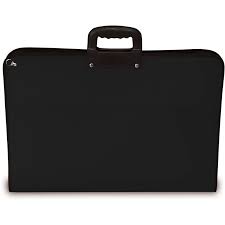 ...for those who worked in print advertising. For those who did TV spots, this is a (physical, not metaphorical) showreel.

(TBC note that the OP does not at all mention "reel" or "showreel" - I just added it here for clarity.

The OP states twice business portfolio, simply meaning: "When I assert my body of work includes A B C, can I include X Y Z ?" )

Note that the words "portfolio" and "reel" are also used metaphorically. Eg, "Steven Spielberg's reel includes ET and Jaws." (The guy wouldn't literally bother having a physical tape somewhere with those on it - you know, so that he can show it to potential employers :) )

Not the answer you're looking for? Browse other questions tagged portfolio company .

1
Is it ok for me to reference previous projects in my portfolio?

13
Should I include unfinished/cancelled projects to my portfolio?
2
How to include a link to your online portfolio and PDF of your resume
2
How to manage relationship between two companies
3
How to overcome a lack of end products when applying for creative jobs
1
Portfolio review of old work
2
How to showcase private work in portfolio?