How do I tell my boss that he may be underestimating how much work/cost my project entails? [duplicate]

I'm an intern in a small engineering firm. Every engineer in the company is a mechanical engineer (including my boss), whereas my tasks purely entail software development. I'm only working here until my school term is over in about 3 months. My boss owns the company and his wife handles the finances.

I've been working on a project for about 4 months, since I joined this company. This project was assigned to me when I started by my boss and was also a major talking point during the hiring interview. I'm the only one who works on it.

Few days ago I held a project update meeting and provided updates on my progress. My boss and three senior engineers were present in the meeting. The two senior engineers applauded my work multiple times and one of them also said that it's impressive the time-frame I did this within. I explained how we need to purchase one more unit of equipment A. Everyone agreed with my suggestion that we need more of equipment A to proceed with the project.

My boss then asked me how long it will take to do the second part, I said it will take about a month. The boss didn't seem happy to hear that, he said

"One month!? We can do a lot in one month. Really, one month!? I don't know about that, how much is equipment A going to be?"

I tell him the cost. Then he says,

"Well, equipment A is going to cost $X and you also need equipment B and C, which will be $Y, so the total is around $Z. I don't know, we'll have to talk to finance (his wife) about this. Email me a wish-list of all the parts you need. Until then maybe you can help other senior engineers with their projects."

Then my boss explains how they want to demo this project (involving finishing the second part of the project).

"We want this to be done before you're gone, do you follow me?"

I was quite taken aback and confused by this point (confused because I didn't understand why we're not ordering A, B, and C while my boss is stating that they want this done quick), so I couldn't state that I too really want to finish it as soon as possible and all I could conjure up was "Yes." With a few more comments like "Good job", the meeting was wrapped up.

From this conversation, this is what I can understand:

I'm a young engineer and I want to be better at tackling such situations in the future. I need to somehow address the above two points. I need to figure out if the problem for my boss is purely monetary or if he believes that I'm delaying things (either because of incompetence or unwillingness). I also want to convey that I can and want to do it on time (before I'm gone).

So, I'm planning to email him and set up a quick one-on-one meeting where I'll ask him about my performance and if there's anything he wants to suggest to improve my performance. From this meeting, I'll also try to convey to him that I do care about finishing this on time.

Is this a good plan? What other things can I do?

NOTE: This is my second time asking for equipment. The first time (about 2 months ago), my requests were met without any problem.

Hmm, you're a software engineering undergrad, working on a solo project, with no supervision, and you've been doing it for 4 months.

"Weeks of programming can save you hours of planning" 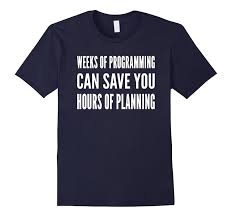 What are your specifications? What are your delivery timeline? What are your core requirements? Optional features? Are you ahead of schedule? Behind? What features can you cut so you can present a demo in 1 month?

Let's say instead of 1 month, you need to demo your existing work in 24 hours. How will you set it up? Shouldn't some parts of your system be working independently of other? Shouldn't you be able to unit test parts of your code? What if you want to add features? What if you have a bug to fix?

Drop the User Interface, how much work is that going to save you? Do you even have command-line options? Skip the automatic database CRUD. Do you have notes on how to do the database updates manually? What is your DB relationships like? What is the expected size needed? Can you test these independently?

The bottom line is this is a good learning experience, but your bosses know less about software development than you. However, they're engineers, so they know about other aspects of engineering, like planning, unit tests, quality control, etc. Ask them to critically take apart your project like something they've worked on, and try to figure out what the mistakes are before the deadline.

Not an engineer. But here is my take:

Not the answer you're looking for? Browse other questions tagged communication manager employer-relations productivity .

192
As a developer; Not getting time to test, receiving extreme deadlines and not being listened to by the manager
316
How can I determine a reasonable salary to ask for?

0
How to avoid a project subtly to avoid interacting with former boss
49
How to tell my boss that I am demotivated in my job?
1
How do I tell my boss we need to redo a project?
53
Struggling to finish project, how to tell coworker?
109
How do I tell management that I can't work with my spouse anymore?
0
Entry level job - how to tell my boss a project is far beyond my knowledge?
6
How can I tell my manager that I'm unhappy with the project that I've been assigned?
13
How do I Help a Team Member Recognize the Relative Importance of Their Project