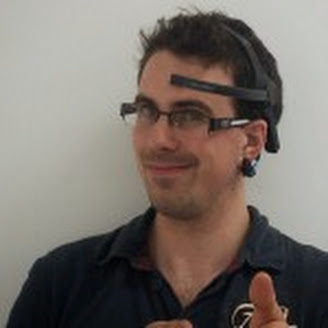 Working on preventing a world-destroying pandemic as a full-stack web development / Javascript guru for an digital health and immunization research non-profit.

Used to be a Java developer, but prefer the freedom of Javascript, Ruby, and Python. Also good friends with Typescript.

Recovering cross-platform mobile, native Android, and native iOS developer. Except when I still do those things.

Ruby aficionado. Ex-Rails dev. Love Ruby. Love/hate Rails. But what can ya do?

Can also code/script in MATLAB, E-Prime, HTML, CSS and numerous obscure languages. Has toyed with 100s of major languages at least a tiny bit.

Co-founder of (and ex-software developer/ex-researcher for) Personal Neuro Devices, a brain-computer interface (aka brain reading) company.

Healthily near-obsessed with my wife (gorgeous ex-model published psychology researcher now-better-paid-as-manager) and dog (Rottweiler German Shepherd mix that nearly grows wings and flies with excitement if someone new appears but thinks she weighs 2 pounds i.e. likes to knock people down...then gets sad about it).

Talks too much, writes too much, uses too many brackets. Should probably quit coffee but refuses. Probably some ADHD involved.

tldr: a somewhat odd but friendly character who will answer your questions about software and neuroscience (but especially Javascript and Ruby).

All Questions Answers
Votes Newest
1 Am I overreacting to a new rule where I have to check-in my status every morning? Jun 14